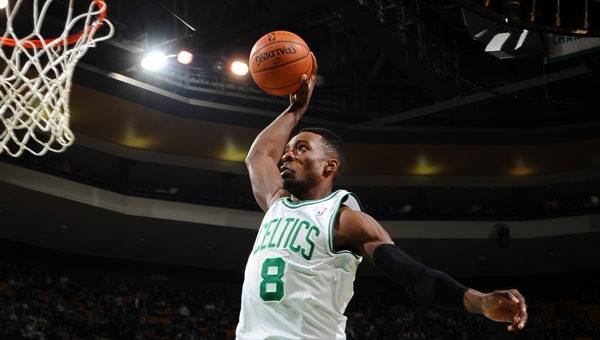 FEB 4 – With just two weeks until the All-Star break, the Pistons find themselves a half game out of the playoffs in an embarrassingly weak Eastern Conference. With the trade deadline rapidly approaching, Joe Dumars will almost certainly make a move that could make or break the season.

Jeff Green was a standout at Georgetown before being drafted No. 5 overall in 2007 by the Boston Celtics. He was traded to Seattle on draft night and spent three years with the SuperSonics and the Thunder. Green was traded back to the Celtics in 2011 at the trade deadline, but missed the entire 2011-2012 season with a heart complication

Green leads the Celtics in scoring with 16 points per game and has started every single game this season. This is by far the best season the 6-foot-9 small forward has had in his career and would be a perfect fit for the Pistons.

The trade would likely be Jeff Green and a 2014 first round draft pick for Greg Monroe and Jonas Jerebko. Green makes $8.7 million per year, which is a hefty price, but the pick sweetens the deal enough. Green has two more years on his contract after this season and is only 27 years old. The first round pick depends on how Brooklyn finishes because the Celtics acquired it as part of the Garnett/Pierce trade.

Why the Deal Would Help Detroit?

The Pistons would be getting an athletic small forward that plays better defense than any small forward the Pistons have. According to nba.com, Green’s defensive rating is better than Josh Smith’s and Kyle Singler’s, but their offensive ratings are both better than Green’s. With Green not having to carry the team in scoring like he does in Boston, he could focus on defense, but still provide an outside threat that would help clear the paint.

With Monroe gone, Smith could move to his natural power forward position and hopefully stop shooting threes. He is much more effective around the basket and would see a drastic improvement in his numbers. His shooting has been awful this season and he is on pace to set the record for worst three-point percentage in the history of the NBA.

Andre Drummond would not have as much competition for minutes and rebounds with Monroe gone. We could really see just how special Drummond is going to be without another big man stealing some of his thunder.

Teams could no longer collapse the paint whenever the ball goes inside with viable shooting options outside. Green and has made 73 three-pointers so far, which would be second best on the Pistons behind Brandon Jennings. His 36.3 shooting percentage from beyond the arc would be the best on the team among players who see meaningful minutes.

Why the Deal Would Help Boston?

Rajon Rondo and Greg Monroe are two of the best young players in the NBA and would be perfect to build a franchise around. Rondo is a pass-first guard and would give Monroe more touches than he gets in Detroit. Monroe’s defense leaves something to be desired, but he has many years ahead of him to improve.

Jonas Jerebko has seen his minutes steadily decline for the past few seasons. In his rookie season, he started 73 games and averaged 9.3 points and six rebounds per game. He’s only 26 years old and could help the Celtics in their rebuilding process.

It is no secret that the Celtics are in rebuilding mode. They are clearly out of playoff contention and trade rumors have been swirling all season. Green is their best player until Rondo gets healthy, and he also has one of the biggest salaries on the team.

Rondo’s contract expires in the summer of 2015, and barring any health setbacks, he will most likely seek a max contract. Boston has every intention of re-signing him and needs to clear cap space. Among other players, Green is one player that Celtics President of Basketball Operations Danny Ainge has talked about dealing before the deadline.

This move makes sense for both teams. Monroe would be the best big man that Boston has and Green would be a perfect fit at small forward for the Pistons. Joe Dumars is always a wildcard when it comes to making smart personnel decisions (see Charlie Villanueva, Ben Gordon, Corey Maggette), so at this point he could do anything.