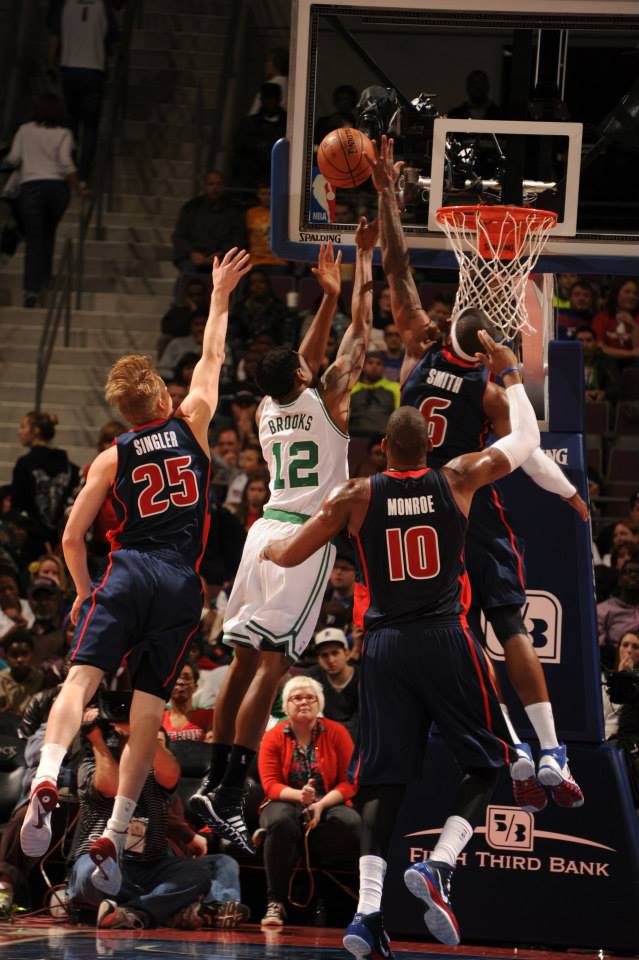 Nov 5, 2013 – After an impressive opening night win against Washington, the Pistons packed their bags and headed for the birthplace of rock ‘n’ roll to face the Memphis Grizzlies on Friday. Memphis had just lost their first game of the season in San Antonio, and was looking to bounce back against the new-look Pistons.

Detroit had not beaten Memphis since October 28, 2009. With Rodney Stuckey returning to the lineup, the Pistons added much-needed depth to their backcourt.

With 1:08 left in the fourth quarter, Josh Smith hit a three-pointer to give Detroit a six-point lead. But the Grizzlies charged back, tying the game with eight seconds left on a Marc Gasol layup. A missed three-pointer by Chauncey Billups sent the game into overtime.

The Pistons played catch-up the entire overtime period. Zach Randolph and Tony Allen took advantage of Pistons miscues and opened up a 106-97 Grizzlies lead with 1:30 left. The Pistons never had a chance after that, eventually losing 111-108.

Josh Smith had 19 points on a paltry 7-23 shooting, including 3-11 from beyond the arc. Smith was much more effective when he drove to the basket, making four of his seven shots in the paint. Andre Drummond logged 48 minutes, the most of any player on either team. Drummond finished with an impressive stat line, posting 12 points, 16 rebounds, three steals and two blocks with only one turnover. Greg Monroe had an equally impressive night, scoring 16 and grabbing eight boards.

Rookie Kentavious Caldwell-Pope added 13 points and Rodney Stuckey scored 19 off the bench. Will Bynum, once thought to be the odd man out in the Pistons’ backcourt, started alongside Billups and scored 18 points on 7-11 shooting. With Brandon Jennings returning to the lineup in Boston, it will be interesting to see how Head Coach Maurice Cheeks rotates his guards.

On the Memphis side, Mike Conley led all scorers with 22 points and five steals. Frontcourt duo Zach Randolph and Marc Gasol combined for 31 points and 18 rebounds in the contest. Memphis had never won a home opener since the team moved from Vancouver in 2001.

The Pistons then headed home on Sunday, where they wore their new “Motor City” jerseys. They plan to wear them during every Sunday night game this season. Their opponent was the Boston Celtics, a franchise in rebuilding mode.

The Pistons dominated the paint the entire game, outscoring Boston 54-38 down low. Detroit opened up a 10-point lead in the first half and seemed in control of the game. But the young Boston team rallied back, taking a 64-63 lead early in the fourth quarter. A few short minutes later, the Pistons went on a run of their own, extending their lead back to 10. The Pistons never looked back, going on to win 87-77. The Celtics dropped to 0-3, while the Pistons moved to 2-1 on the season.

Smith, Drummond, and Monroe combined for 45 points and 29 rebounds, while Drummond had his way with the Celtics, dunks and put-backs galore. Brandon Jennings made his regular season debut after returning from tooth and jaw problems and was forced to wear a mask but was still able to score 14 points and dish out four assists.

The Pistons stay in Detroit this week,  facing Paul George and the Indiana Pacers on Tuesday and Kevin Durant and the Oklahoma City Thunder on Friday.